26th November 1940: On this day in 1940, Kempton received a royal inspection by His Royal Highness, Prince George, Duke of Kent who spent the day learning how the water supply to London was being maintained during the Blitz. 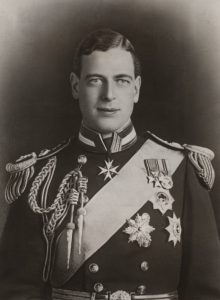 The younger brother to King George VI began by visiting the headquarters of the Metropolitan Water Board at New River Head before embarking to Kempton Park Pumping Station, accompanied by the MWB Chairman Henry Berry and the Chief Engineer Henry Cronin. They would have found the engine house looking rather more battle ready than we’re familiar with today. The excess doorways were sandbagged or bricked-up, the windows covered with steel blast shutters, the steam turbines entombed in concrete sarcophagi and the triples wore bomb deflectors. Such measures were necessary as Kempton was considered in the 1936 ARP plans as the most important pumping station in London and its destruction would have been a ‘major disaster’. 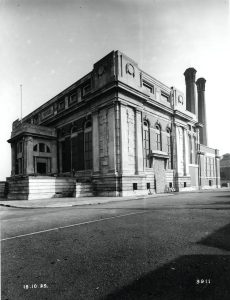 Prince George was killed in 1942 when his RAF Sunderland flying boat crashed in Caithness, Scotland en route to Iceland. The Prince was the only member of the royal family to die in active service during the Second World War and the first in 450 years. The purpose of the flight and the crash have been strewed in mystery and has become the subject to several conspiracy theories. His son is the present Duke of Kent, and his second son is Prince Michael of Kent.