The rectifiers were made by the Hackbridge & Hewittic company of Walton-on-Thames and spent their working lives at the Royal Opera House in Covent Garden. After being decommissioned they were brought to Kempton and restored to working order.

An adjacent transformer converts the 3-phase 415 volt AC current into 6-phases which is applied to the six anodes on the rectifiers. Inside the bulbs is a pool of mercury which fills the bulb with a mercury vapour. When an arc is struck by the starting electrodes, the mercury vapour is ionised making it conduct. As electric current can only pass through the mercury vapour in one direction it causes the negative electrons at the base of the bulb to be attracted to the positively charged anodes at the top of the bulb providing a DC output.

When the Kempton Great Engines Trust took over the building in 1995, the chances of replacing such rare pieces of equipment seemed hopeless until a member of the Trust, attending a planning meeting at the soon-to-be-refurbished opera house, heard that Covent Garden’s rectifiers were no longer needed. Until 1977, they had been used to power the stage lifts, driven by German U-boat engines obtained in reparation after WW1.

Because of the extremely fragile nature of the glass vacuum bulbs, which each contains a pool of pure mercury, transporting them safely presented quite a headache. They were brought to Kempton in three separate parts – the two cubicles, the transformer and the two glass bulbs, carefully packed in straw-lined crates. When the rectifiers were inspected, they were found to be in a far worse state than expected, considering they had been in operation until fairly recently. They had probably been in continuous use for more than 50 years and every part of the cubicles and the wiring was encrusted in oily dirt thanks to the forced-air cooling, which ensured that it penetrated every crevice. The wiring was insulated with vulcanised India rubber (VIR) and this had become so brittle that it no longer insulated properly.

The purpose of the rectifiers is to convert incoming 415-volt three-phase alternating current (AC) to the 200-volt direct current (DC) needed to operate the various motors on pumps and compressors in the engine house. In the absence of the original mercury arc rectifiers, Kempton had been using a modern solid-state rectifier. When tested, the no-load voltage was 242 volts, as expected, and dropped to 203 volts with a load of 2 amps as predicted by theory. The output voltage at 48 amps was 200 volts.

After the arrival of the rectifiers, volunteers David Walker and Tim Moth, with the occasional help of others, painstakingly dismantled, cleaned, refurbished or, where necessary, replaced every part with ones as close to contemporaneous as possible. They then reassembled and tested them, and replaced almost all the wiring with equivalent modern cable, sleeved to resemble the original. The power transformer was also refurbished and new controls added. On 29 June 2010, the mercury arc rectifiers were switched on and successfully loaded to 48 amps for the first time since 1997. 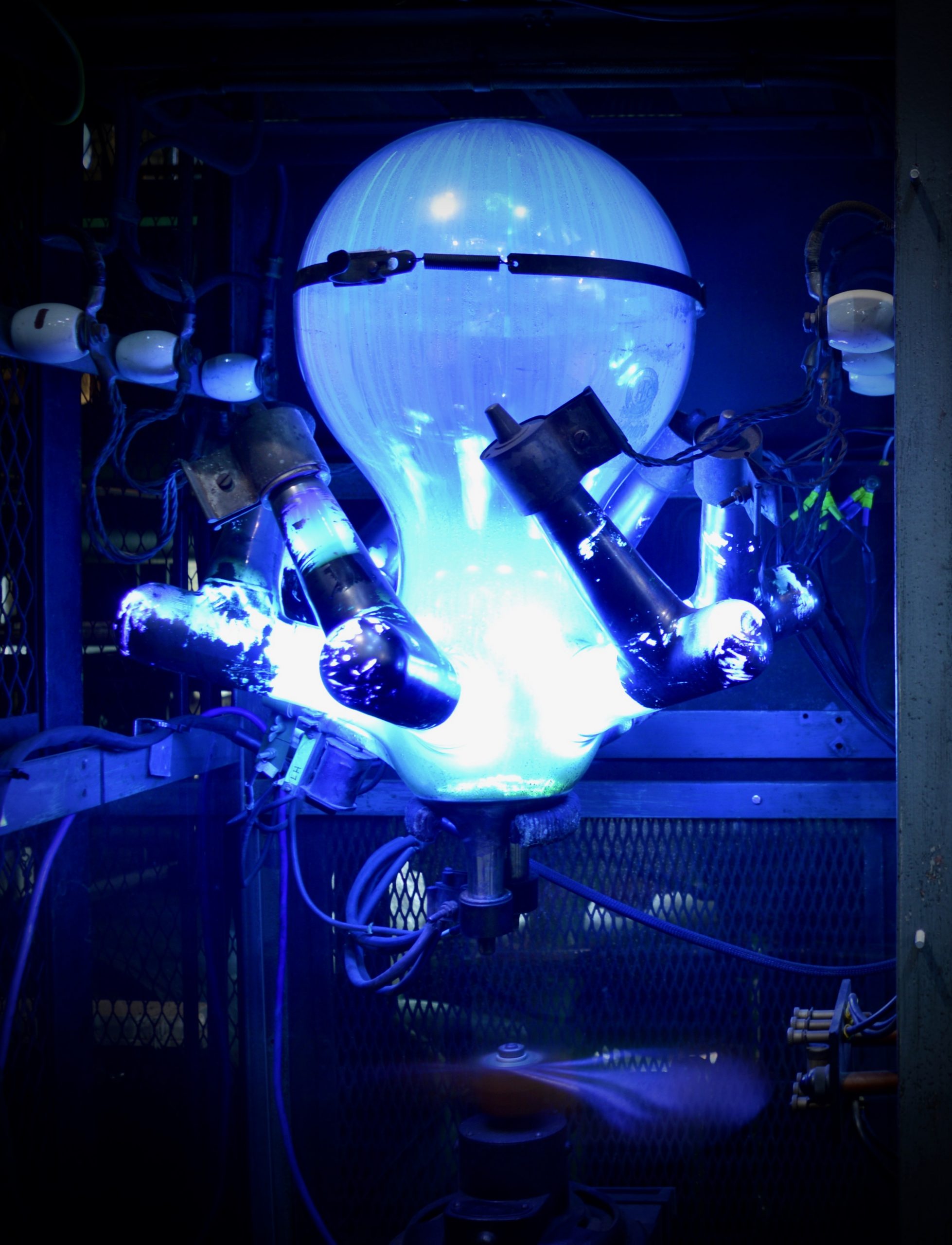