The two steam turbine driven pump sets, numbered 8 and 9, were installed in 1933. They occupy a space in the engine house that was purposely left vacant for an additional triple expansion engine or turbine units.

The turbines were designed and built by Fraser and Chalmers Ltd of Erith, Kent. Each unit comprises an 11 stage turbine coupled to a David Brown reduction gearbox which in turn drives a pair of Worthington Simpson centrifugal pumps installed one behind the other.

The power output of each turbine was the same (1008 water horsepower) as each triple-expansion engine. However, due to gearbox losses and less efficient centrifugal pumps, each turbine probably produced about 1300 shaft horsepower at 5870 rpm with a pump speed of 1116 rpm. The turbines used steam at the same pressure and temperature as the reciprocating engines.

The weight of each turbine set including condenser, gearbox, two pumps and baseplate is about 20-25 tonnes, compared with 800 tons for the reciprocating engine.

We have partially dismantled No 9 turbine, condenser, gearbox and one of the pumps to display their internal features. 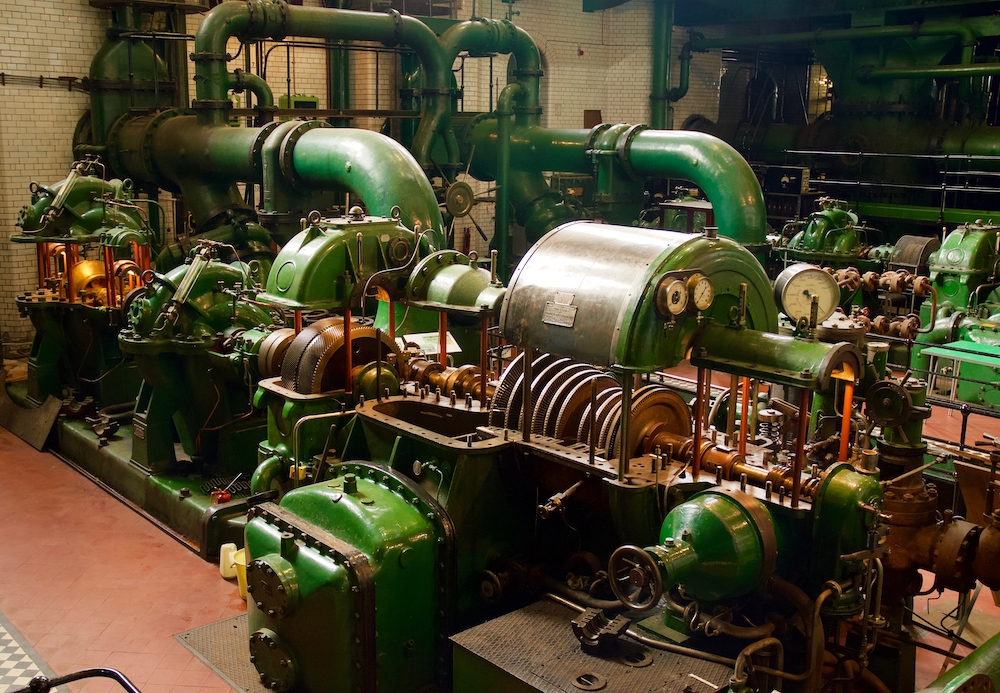