The Sir William Prescott and Lady Bessie Prescott engines are known as inverted marine type triple-expansion steam engines. They were built by Worthington Simpson in Newark-on-Trent and named after the chairman of the Metropolitan Water Board and his wife. The engines were installed to each pump 12 to 19 million gallons of drinking water per day to reservoirs in North & East London.

The engines stand 62 feet tall and weigh 800 tons. They have a top speed of 25.4 revolutions per minute and generate 1008 water horsepower.  Each engine has three double acting cylinders known as the high, intermediate and low pressure cylinders. Each measures 29, 54 and 86 inch respectively.  In service days, steam entered the high pressure cylinder at 200 pounds per square inch. This has been reduced to 60 psi for operation in preservation.  Steam is reused by the remaining two cylinders before being exhausted into a separate condenser which produces a vacuum.

The crank webs are set 120 degrees apart providing smooth balanced operation to the engine motion and a steady discharge from the pumps into the water mains.  There is no point in the engines’ rotation where no pump is delivering water.

The triples were commissioned in 1929 and ceased operating in 1980.

Engines Nos. 6 & 7 are mirror images of one another. 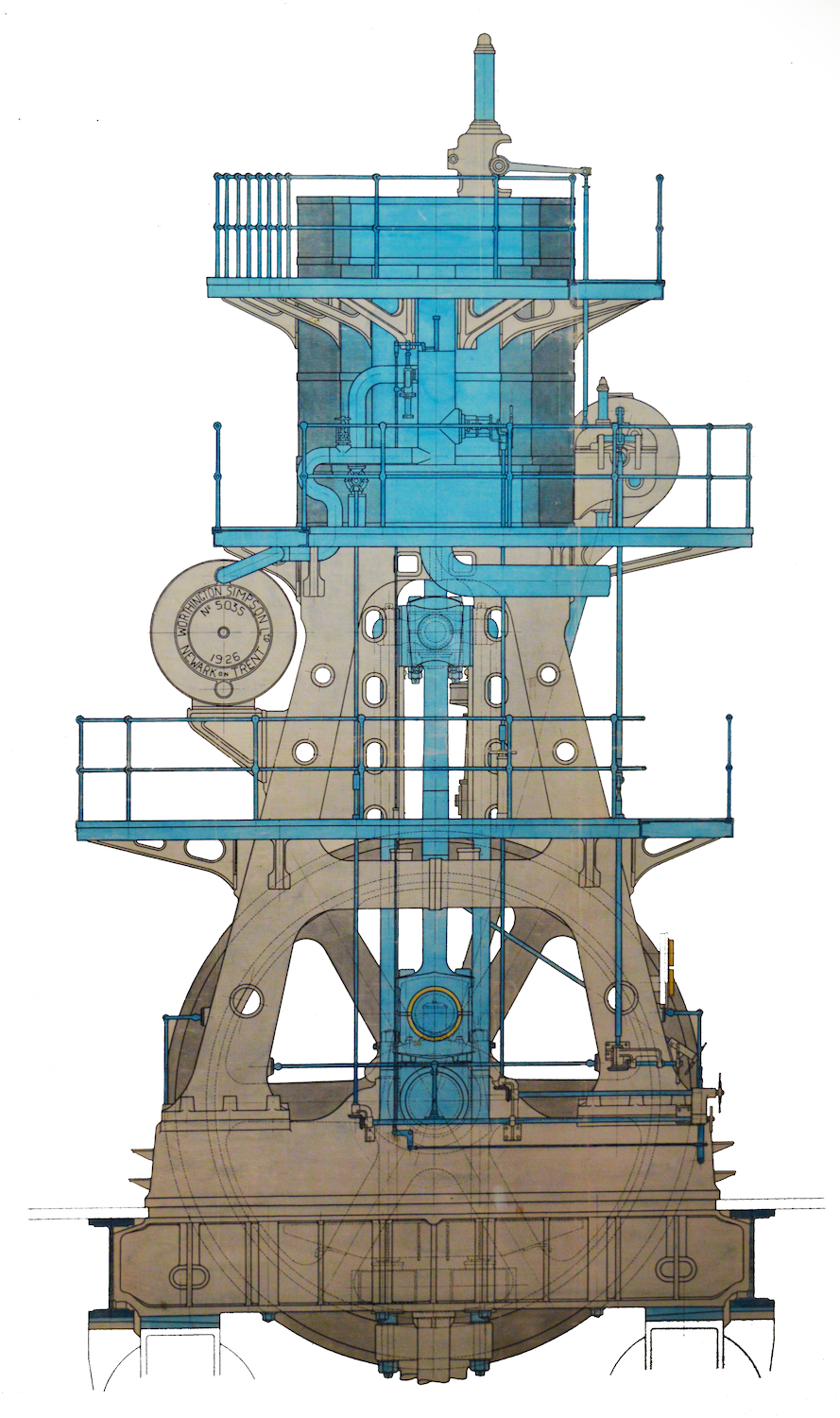 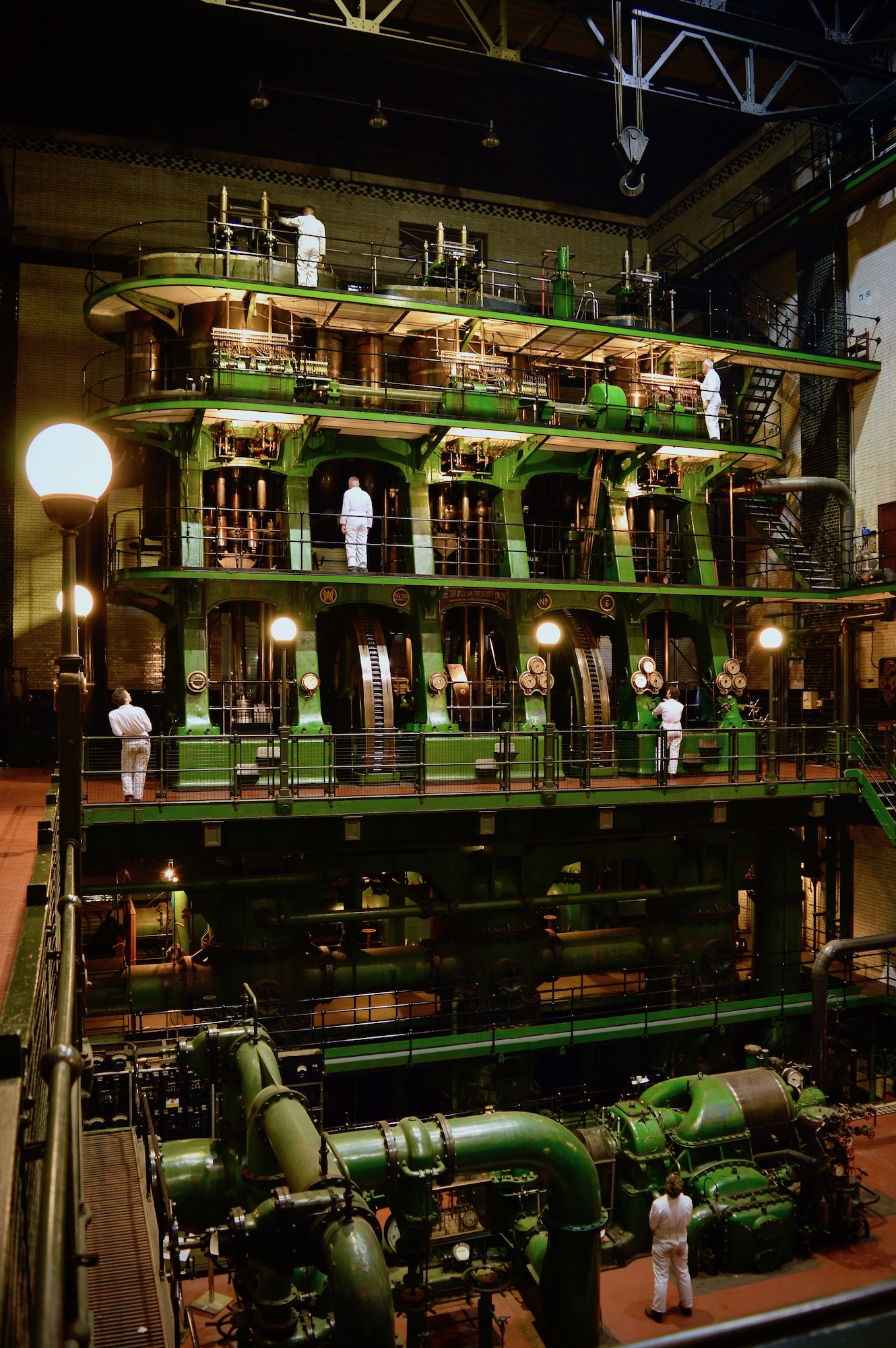