The Kempton Park and Hanworth Road works utilised three notable designs of boiler in their history, the Cornish, Lancashire and water tube boiler.  These boilers demonstrated a huge leap in technology with the latter of the three still used in modern power stations.

The first steam engines on the site were installed by the East London Waterworks Company at the Hanworth Road Pumping Station in 1871. This site contained three Cornish beam engines made by Harvey & Co. of Hayle in Cornwall. The engines were supplied with steam from 10 coal fired Cornish boilers which were stoked by hand. The Cornish boiler was first used by the mining engineer Richard Trevithick in 1812.  The boiler consists of one cylindrical barrel containing the water with one fire tube running through the centre containing the fire. This design of boiler was the oldest to be used at the Kempton Park site and remained in use until 1934.

The second engines installed at Kempton Park were five triple expansion steam engines made by The Lilleshall Company Limited of Oakengates, Shropshire in 1906. Providing steam to these engines were the next generation of boiler design, the Lancashire boiler. The design is similar to the Cornish boiler except they incorporate two fire tubes instead of one, running side-by-side through the boiler barrel. This design has been attributed to engineer William Fairbairn in 1844.  A bank of eight Lancashire boilers was installed in the Lilleshall boiler house and were fired by hand.

The third installation comprised of two triple expansion engines built by Worthington Simpson Limited of Newark-On-Trent in 1928 and later two steam turbines made by Fraser & Chalmers of Erith in 1933. Steam was produced by six water tube boilers made by Babcock & Wilcox. Unlike Cornish and Lancashire boilers which use fire tubes, water tube boilers comprise of many small pipes full of water which are surrounded by the fire. Steam can be produced a lot faster and more efficiently using this method. These boilers were fired mechanically using a rolling chain grate driven by either electricity or steam. Coal from hoppers in the roof fell down chutes via gravity onto the slow moving chain. The chain then carried the coal under the water tubes where it heated the water. As the chain carried the coal it would burn and eventually turn to ash. The ash then dropped off the end of the conveyer into hoppers under the boiler where it was then taken away. In 1951 two additional boilers made by John Thompson were installed, made by John Thompson. These boilers were acquired to improve the output of steam and could burn lower quality grades of Coal and Coke.  These eight boilers continued to produce steam until the engines which now form part of the Kempton Steam Museum were retired in 1980. The boilers were scrapped in 1993. 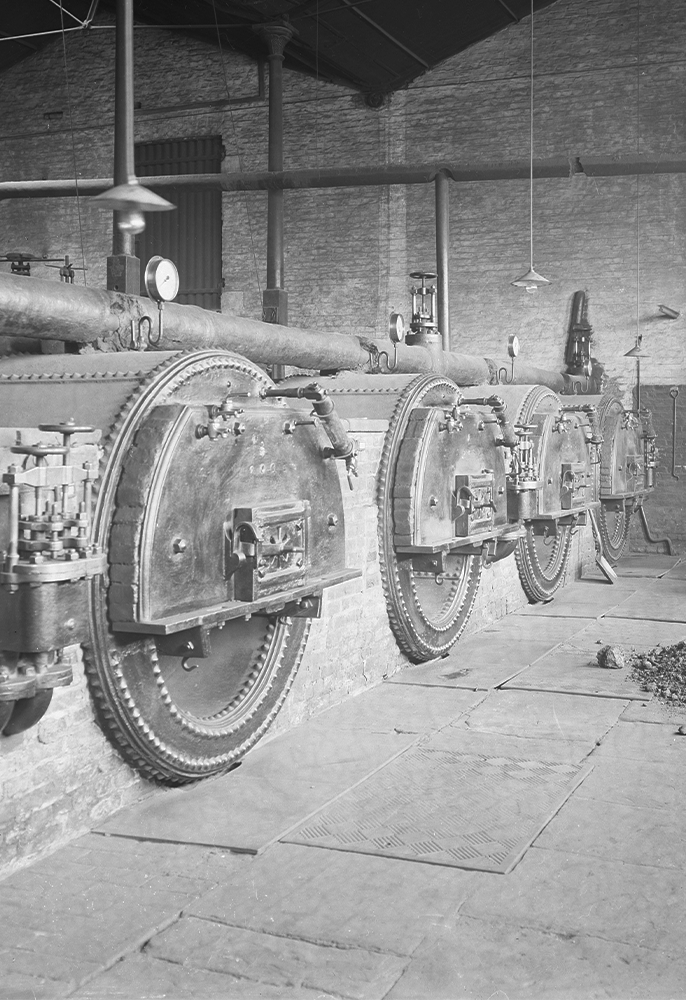 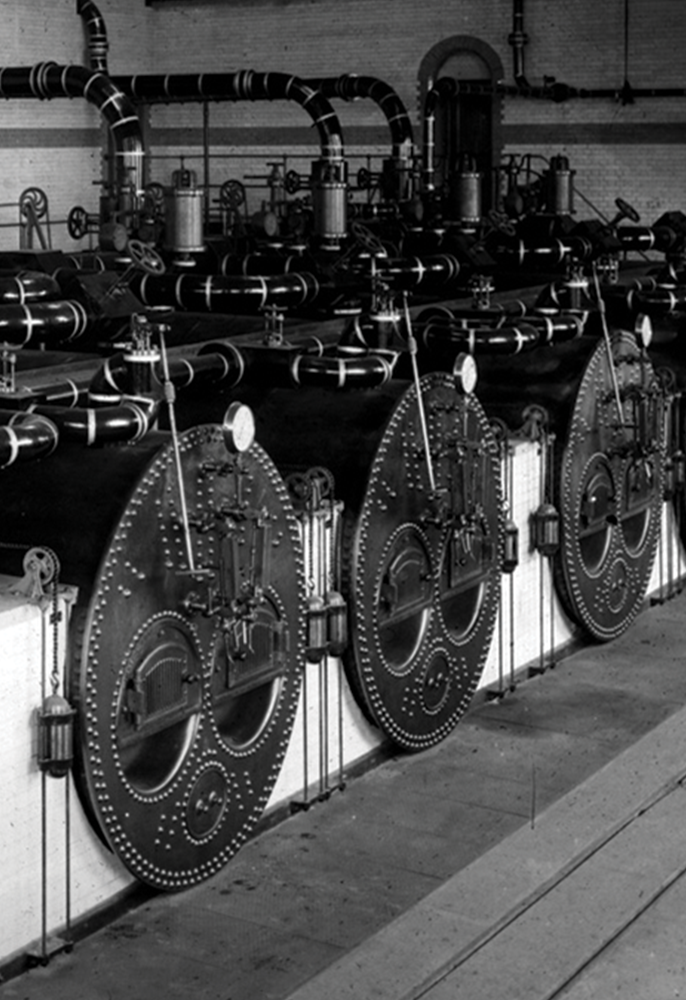 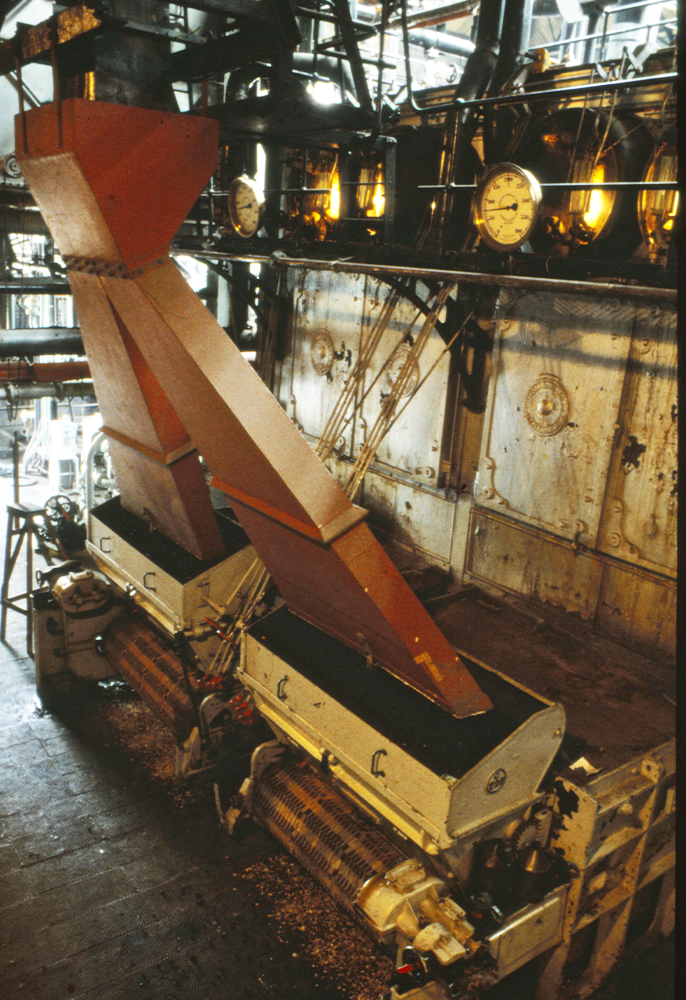 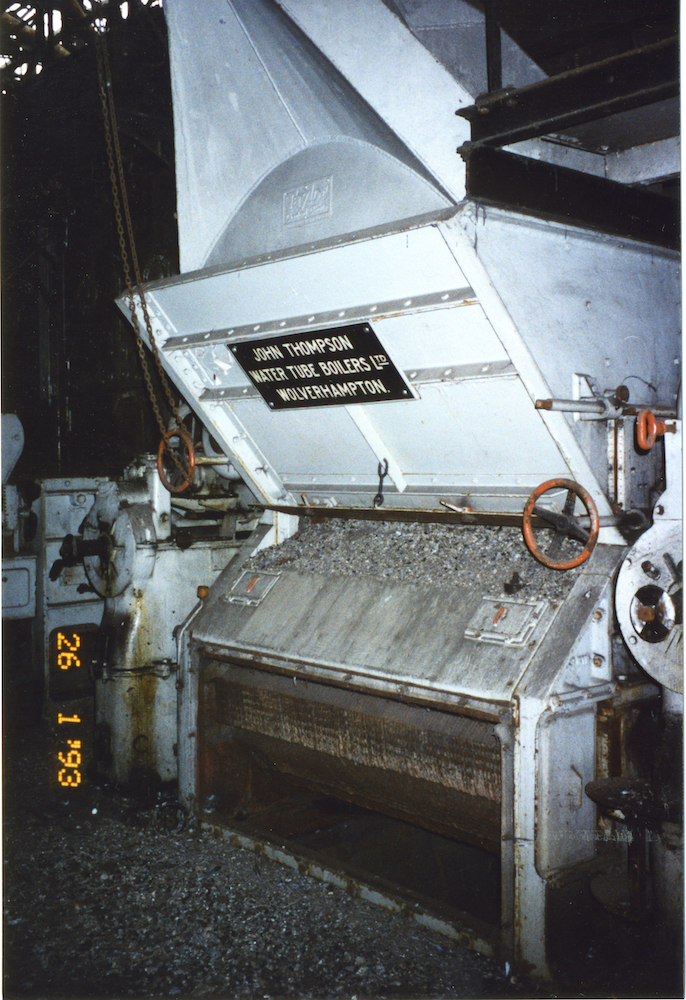